Fan based fundraising for projects has become very popular these days.  One said project is entering its final hours on indiegogo, Star Trek: 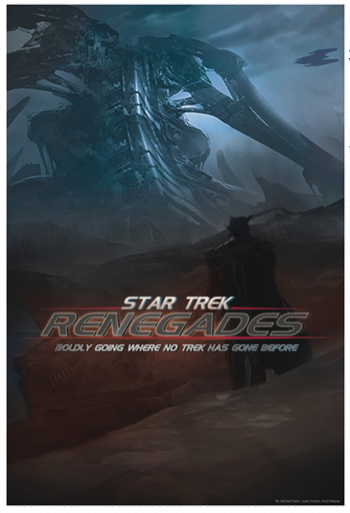 Renegades.  Star Trek: Renegades is an unofficial Trek project. It is also from the same studio that put out 2008’s Star Trek: Of Gods and Men. Both of these super-sized fan films are just not by fans for fans, there are a ton of Star Trek actors appearing in them.  Tim Russ, Star Trek Voyager’s Tuvok, directs and stars in both films.

They are fun films to watch for die hard fans of Trek who can’t get enough past cast members and simply crave Trek adventures. This time around in addition to Tim Russ returning as Tuvok, Garrett Wang returns as Harry Kim, Robert Picardo as Dr. Lewis Zimmerman, and Walter Koening as Admiral Chekov.

And that’s not all…

Mythbuster Grant Imahara is in the flick as well as Edward Furlong. Yes, you read that right. Edward Furlong will be playing a character named “Fixer”. [check out the full cast here]

To take a look at the pre production of Star Trek: Renegades click here, to check out their indiegogo page and maybe donate click here, and to see their past project Star Trek: Of Gods and Men click here.  It should also be noted that Gods and Men was made with the help of the folks who did Star Trek: New Voyages another series of fan made Trek content. New Voyages sought to pick up where the original 1960’s Star Trek series left off when they were canceled. Episodes of New Voyages show Kirk, Spock, and the crew finishing their 5 year mission, so check that out too!

This entry was posted in Star Trek, Webseries. Bookmark the permalink.