Posted on February 5, 2013 by Charles Jeffreys

HASBRO has a new scale to add to its empire of Star Wars toys.  The Black Series will see increased detail and articulation in 6 inch figures.  This new series is focused on attracting the attention of the collectors market. 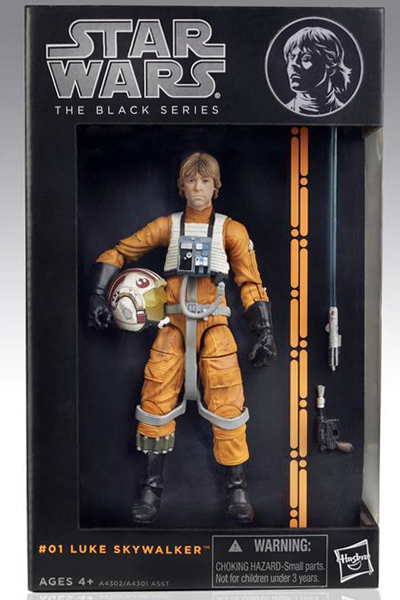 The figures will feature characters from the original trilogy.

Eight figures will be released in 2013, with the first four arriving in August. Each figure will cost $19.99.

Luke Skywalker as X-Wing pilot will be first along with R2-DR, Darth Maul and a Imperial Sandtrooper.

Check out the full story over at USA TODAY.com

This entry was posted in Collecting, News, Star Wars. Bookmark the permalink.