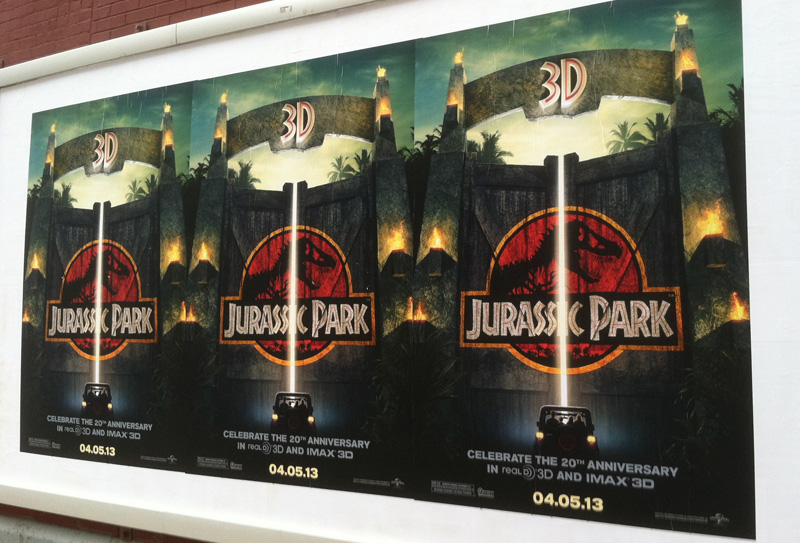 20 years ago Steve Spielberg brought Micheal Crichton’s Jurassic Park to the big screen. Needless to say the movie was a mega success that spawned 2 more films with a fourth on the way. This April marks the 20th anniversary of a film the help to pave the way for modern CGI effects in films today. Jurassic Park was a mega hit when in opens in theaters in 1993. Now Universal has converted the film to 3D to celebrate the 20th anniversary of its release.

When Jurassic Park was first released in 1993 it was the first major release to use CGI so effectively. It was also the first film to use DTS in theaters. The sound was amazing then, and it is amazing now.

This film holds up remarkably well. There is a moment or two to giggle at given the cheesiness of the early 90’s technology. Remarks something about an “interactive CD-ROM”, and the computers are sure to bring a chuckle. However this movie holds up great 20 years later and is totally worth seeing in the theater.

This entry was posted in News. Bookmark the permalink.