A look ahead at ‘The Clone Wars’

Much of the attention in the Star Wars universe is focused with superlaser-like precision on what’s to come in season five of Star Wars: The Clone Wars. On Tuesday, August 21, fans in the New York City area were given an exclusive sneak peak, courtesy of Lucasfilm Animation and supervising director, Dave Filoni. 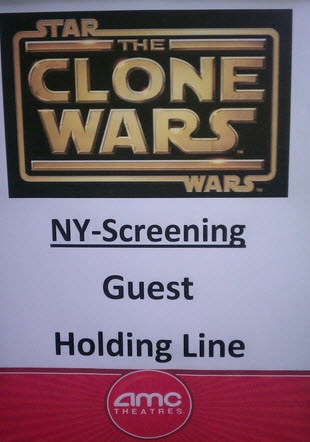 A limited number of tickets were made available to folks to gather at the AMC Empire Theater in Manhattan’s Times Square for this special event. Laurel Woods from MTV Geek’s All Things Star Wars served as the evening’s host & things began shortly after 7:00 p.m. EST with an introduction by Dave Filoni and screenings of the standout season 4 episodes Brothers and Revenge.

After the screening, Filoni, who had opted out of wearing his signature cowboy hat for the “too urban” environment of Manhattan (but will be sure to pack it for Orlando) spoke for nearly an hour, first fielding questions from Woods and then the audience of roughly 100 guests. Some of what was covered follows:

When asked about his decision to cast Sam Witwer as the voice of Darth Maul, Filoni noted that he had wanted to bring in talent from The Force Unleashed for the show’s Mortis storyline. Apparently, Witwer is an acknowledged huge geek with an awareness that even helped with continuity issues. Given the popularity of the character he was portraying, Filoni also wanted someone who could be approached by fans and answer questions.

A fan asked how Maul got where he is at the end of season 4 and Filoni mentioned that when Savage Opress appeared on the scene and fans responded well to him, George wanted to bring Maul back. Filoni noted that it would be very difficult to do, given that George cut him in half, so he assigned the task of doing it to series writer, Katie Lucas, who was also present at the event.

The crab-like appendages that we first see attached to Maul were George’s idea. Apparently, his subconscious manifests them from all of the hate burning within him and pulled together the various pieces of junk and garbage that allow him to move. When an audience member asked Filoni for his thoughts on George’s “retirement,” the director noted that he may be retired, but he still comes in every Wednesday to talk about the show, is still contributing notes and lines of dialogue. Everyone involved wants to learn as much as they can from George while he’s still interested in contributing.

The continuity has been worked out in broad strokes and as far as its place in the expanded universe, Filoni considers the show beholden only to the films.

As for Maul’s role in season 5, Filoni confirmed that while he will play a part, the show will continue to explore and expand all of the series’ characters and not focus too much on individuals. Still, he thinks no one will be disappointed. However, when asked why it’s so important that he be brought back, he noted that that won’t be answered until after season 5. 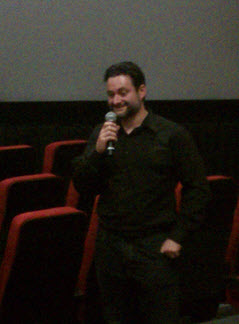 Ian Abercrombie, the late voice of Palpatine/Sidious, did complete the majority of his work on season 5 before passing. Out of respect for his memory and his work, Filoni held off detailing plans for his replacement, aside from alluding to its difficulty.

When asked whether the show was created on Macs or PCs, Filoni revealed it is designed on proprietary Lucasfilm software. He talked briefly about the history of Lucasfilm animation, some of its earliest work, such as the Genesis Wave in Wrath of Khan, and how that led to Pixar.

As for things they may want to do but have been unable, for example, making the show even darker, Filoni noted that he uses the films as his guide. If it was too intense, it wouldn’t be Star Wars. He joked about the idea of using the color of the logo that appears at the opening of the show to warn parents of the “threat level.” Obviously, episodes with R2 are among the lighter and even in dangerous situations, Obi Wan will crack jokes. Here, he drew comparisons to Coraline, in which that film’s character goes through many scary situations but shows no fear. He sees Anakin, as portrayed in this series, as having the bravado of Han Solo, but the naivete of Luke Skywalker. Evil did not create Darth Vader, it took him and corrupted him.

Filoni would like very much to end the series with another feature length film. He has a vision of what he would like to see happen with Ahsoka, but of course, will defer to George He also has ideas and arguments for continuing the series beyond the events of Revenge of the Sith and that’s one of many things on the table.

As a final treat for the evening, fans were given a glimpse at an extended trailer for season 5, due to premiere on the Cartoon Network this fall.

This entry was posted in News, Star Wars, Television and tagged Star Wars. Bookmark the permalink.