‘Star Wars: The Clone Wars’ will finish its run on Netflix.

The 6th and final season of Star Wars: The Clone Wars will begin streaming on March 7th on Netflix.  Included on Netflix will also be directors cuts of episodes from seasons 1-5 and The Clone Wars movie that started off the series. 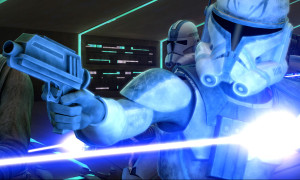 The 13-epsiode 6th season will be titled, The Lost Missions. This is the first Star Wars content that will have been brought to Netflix and signals the first move in a deal between the The Walt Disney Company and the popular streaming service.

My question is, what does this mean for a final season Blu-Ray Disc set? And… will Star Wars: Rebels which will be found on Disney XD sometime this year make its way to Netflix as well in the future?

This entry was posted in News, Star Wars, Television. Bookmark the permalink.