Lucasfilm’s Pablo Hidalgo hosted the Star Wars Rebels panel Saturday at NYCC.  Fans who gathered were treated to artwork from the upcoming series.  The NYCC, panel focused on The Empire, unlike the panel for Rebels that was at Celebration Europe this past July which focused on the shows heroes, The Rebels. 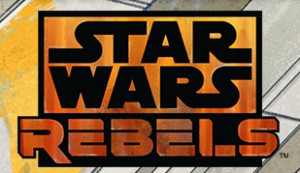 Like with Clone Wars, Star Wars Rebels borrows heavily from the art work of Ralph McQuarrie and a couple of other sources such as the Star Wars Kenner toy line.

Toward the end of the panel Pablo gave a glimpse of the first new character since Disney purchased all things Star Wars. To my eyes, this Inquisitor fellow looks like he maybe a Pau’an, from the planet Utapau that was featured in Star Wars Episode III. I’m sure we will learn more about this newest bad guy next fall when the show airs on Disney XD.

Anyway check out some photos from the panel, and here is a link to Starwars.com’s story on the panel with some video.  The color in some of the photos is not true to what was shown on screen. Enjoy!

12►
This entry was posted in Conventions, News, Star Wars, Television. Bookmark the permalink.