‘Doctor Who’, ‘Torchwood’, and ‘The Sarah Jane Adventures’ come to Hulu!

Posted on September 18, 2013 by Charles Jeffreys 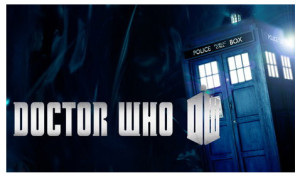 Now you can watch, (or re-watch) fan favorite British Sci-Fi series’, Doctor Who (2005), Torchwood, and The Sarah Jane Adventures!

This fall, internationally beloved series Top Gear, Sherlock, MI-5 and Luther will launch on Hulu Plus, as well as comedies such as Fawlty Towers, Twenty Twelve, and Blackadder; sci-fi favorites Bedlam, Red Dwarf, and Primeval; and natural history shows, including selections from David Attenborough’s Life in the…series, Life of Mammals and The Greatest Wildlife Show on Earth. In addition, other titles like Upstairs, Downstairs, Wallander, and Bleak House will also be available.

This entry was posted in Doctor Who, News, Television. Bookmark the permalink.